Today, Friday 9th August 2014, is the United Nations International Day of the World’s Indigenous Peoples. This year, the theme is Bridging the Gap: implementing the rights of Indigenous peoples. Across Australia over half a million Aboriginal and Torres Strait Islander people practice hundreds of different cultures and speak 145 distinct languages.

Unfortunately Indigenous people still today represent some of the most vulnerable and marginalised people in the world. Aboriginal and Torres Strait Islander women experience poorer health than other Australian women due to the context of their lives, with significant impacts being related to dispossession, forced removals from family, racism, marginalisation and exposure to violence. The 2011 Australian statistics below speak for themselves:

The UN Declaration on the Rights of Indigenous Peoples recognises the unique collective rights of Indigenous peoples to make decisions about their lives and to protect their distinct cultures, languages and knowledge. To Australia’s own Aboriginal and Torres Strait Islander people, this declaration is critical to ensuring their rights are protected, and their culture, heritage and contributions are celebrated and acknowledged. As Australians, we should all take an interest in the public discourse involving Aboriginal and Torres Strait Islander people and we should take pride in the unique history and cultures that have shaped the land we all live in.

And there is a lot that we can all do to make a difference in closing the gaps:

So, wherever you are on August 9, take a moment to pause and reflect on your knowledge of and respect for the vibrant cultures and rich heritage of the Indigenous Peoples of the world and the challenges that face their very existence and ask yourself what you can do to make a difference. 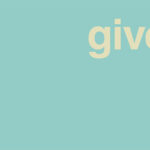