On Wednesday, 24th June 100 Women will be hosting a networking breakfast session at Jackson McDonald. The breakfast is an opportunity to hear more about being a 100 Women member, One of our core aims at 100 Women is igniting women’s philanthropy. So it is fitting that Dr Erica Smyth will take the opportunity to share the wisdom from one of our ambassadors.

Erica will be sharing her thoughts about leadership and philanthropy.

Who is Erica Smyth you ask?

Erica Smyth is an inspiring woman, a West Australian, with over 40 years of experience in the mineral and petroleum industries and is a chairwoman on numerous boards.

Erica began her career as an explorative geologist in the Pilbara in the 1970s. Erica has worked for BHP Minerals Limited and managed the BHP-Utah Minerals’ Beenup Mineral Sands Project before joining Woodside as a senior executive. She is now a chairwoman at Toro Energy and is no stranger to being the only woman in the room throughout her career.

When Erica is not fulfilling her duties for Toro Energy, she devotes her time to being on many other boards including the board for the WA Diabetes Research Foundation and the Royal Flying Doctors Service as she has a personal connection with both of these organizations.

In 2010 Erica was awarded a Lifetime Achievement by Women in Resources and recently in 2013, she was included in the Women in Mining (UK) list of 100 Inspirational Women in Mining.

Erica’s is an important role model for many women in the mining industry.

Come and find out more about 100 Women and Erica’s philanthropic journey!

If you are interested in learning more about 100 Women and philanthropy: Click HERE to book your place. 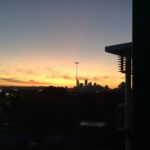