Members of the 100 Women Advisory Board are very excited as we draw close to our next major event when Scott Neeson will share his inspiring journey from a Hollywood career as President of 20th Century Fox International to founding Cambodian Children’s Fund (CCF), which is making lasting change in Cambodia’s most impoverished communities. In particular we will have the opportunity to hear firsthand from Scott about one of the 100 Women grant recipients – The Specialist Child Interviewers Course run by CCF’s Child Protection Unit.

100 Women is a giving circle whereby donations from everyday people are combined to make impactful grants in line with our core values, which is to create a world where all women and girls can live safely with access to health, education and economic freedom.   This event is a wonderful opportunity to see this at work as one of last year’s grants is enabling this successful course to run again.

Nicky Ward, Grants Manager at CCF has kindly provided us with a brief insight into CCF and why this project is so important. We are delighted to share this with our members and those interested in 100 Women. We hope that it will inspire you to come and listen to Scott Neeson talk more about the project, become a member and then follow the project’s progress and positive impact, whilst also getting a taste of what it really means to be a 100 Women member. We look forward to meeting you on Friday 9 September, 12.30 to 2.30, Hyatt Regency, Adelaide Terrace – for tickets please go to https://100womenfeaturescfffounder.eventbrite.com.au

“Cambodian Children’s Fund (CCF) focuses on those children and families who are deemed ‘unreachable’, who have fallen off the social ladder and are stuck in a poverty trap of debt, illness, hunger and complete social dysfunction. Our award winning education and leadership programs, with more than 2,200 students, are based on a belief that a single child has the potential to lift a broken family out of poverty and the power to restore hope in an entire community by obtaining an education.

Within every society, there are few priorities greater than the protection of its children. CCF’s Child Protection Unit (CPU) was set up in 2013 to protect those who cannot protect themselves – children. The CPU provides victim care, investigative support and resources, major crime coordination, training and capacity building to detect offences and prosecute those that commit horrific crimes against children.

It is widely recognised that Cambodia has a high demand for commercial sex with children and child violence and exploitation remains a serious issue.

As the female victim rate is as high as 90% in most provinces and the perpetrator is almost always male, the CPU developed a Specialist Child Interview training course for Cambodian female police officers – a first for Cambodia. The interviewing of a child victim can be difficult, emotional and challenging and it requires a special approach, compassion and skill. The course was designed to provide Police Women the necessary skills and experience to conduct expert child interviews. A professionally conducted interview can illicit important facts and evidence and can assist in the expedient arrest of an offender and, more importantly, it can reduce the amount of times a child has to recount their evidence to authorities thus minimising any further trauma to the child victim and their family.

In May 2015, working with four very experienced UK police officers, the CPU conducted the first ever Specialist Child Interviewers Course. This means there are now 24 highly trained female police officers around the country that are in the first-response team and who are able to lead interviews with child victims.

With the support of 100 Women the second Specialist Child Interviewers Course for female police officers will be delivered in October 2016. The participants have been selected based on the needs of each province and the instances of reports of abuse to children.  There will be 24 female police officers from 15 provinces attending the training.

Prior to the establishment of the CPU, national record keeping relating to child abuse was poor and case management ineffectual, resulting in low arrest rates (estimated at 3%). In three years, the innovative approach of the CPU has resulted in the investigation of more than 600 cases of serious child crimes with an exceptional arrest rate of 79%.

Although the number of cases is increasing each year, this is regarded as a success as children now feel safe enough to report the abuses against them, knowing that they will be cared for and protected.” 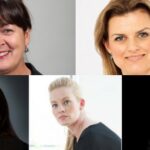